Player is seen in a defensive stance, holding the Red Knife with both hands as he glared at Novisor.

It was you, this whole time. You made me feel weak, to believe that I can never succeed. You've haunted me my entire life, I only now just realized it.

(brandishes his weapon generated by himself) So, you finally figured it out.

But I'm not gonna lose. Not this time.

Let's do this! (lets out a long shout as he charges towards the direction where Novisor is standing)

This is so stupid! I never get a win. Why am I so bad at everything?

(Player's parents appear from behind, with their face unseen.)'

Oh, honey, I know this must be really frustrating for you.

But you need to learn that nothing in life is going to be handed to you in a silver platter. You have to fight for it. You understand, don't you, son?

Good. Because if you don't, you'll always be a loser.

Listen to your father, loser.

(The camera reveals the faces of Player's mother and father, who are seen as No-Visors. Both of them laugh wickedly.)

It'll be your fault.

Your friends' deaths. Our deaths. All because...you're weak.

(Player's parents push their son inside the TV. Player rotates rapidly in the background as if he is drawn by a force behind him. Captain tries to wake him up and the dream ends.)

(The scene takes place in Novisor's realm. Captain is seen beside Player.)

Oh, good. You survived the crash. So did Ninja. (turns to Ninja, who is looking from behind, to the direction where the Airship had landed)

(gets up from the ground and stands) What? What is this place?

It's me. How you feeling, buddy?

Not great. I just had the craziest dream.

Oh. Yeah, totally. Heh, that's cool. I don't dream about you, either.

Right. So where's Dr. Doktor? He has some explaining to do.

Dr. Doktor makes a sudden appearance from behind and walks closer to where Player and Captain at.

(turns to Dr. Doktor) You! I should've known that you'd betray us.

Yeah! The British guy is always evil. Same with the Russian guy. Or the German. (Player turns to him, annoyed)

And I guess sometimes they are Italian-American. You know, mafia and all that jazz.

Captain, can you please let me do the talking?

Thanks. (turns back to Dr. Doktor) Now Doktor, you brought us to this...place. Now you owe us an explanation. How could you do this?! How could you willingly serve Novisor?!

I do not serve it.

It has my son.

Flashback shows a scene where Aiden and duncan first met each other in the flea market, in The Legend of Novisor.

Yes, Aiden. He was a gifted student, freshly in college. Eager to learn, to grow, and with a full life ahead of him. While he did not have much, Aiden never complained, for he was rich in spirit. He sought out bargains, deals, anything to help him get ahead in his studies. But he was tricked—taken advantage of—and ultimately, trapped.

Dr. Doktor, in a completely different look without his mask, is seen asking Punk where his son is. Punk gives no clue of what to answer and leaves the room, leaving Dr. Doktor alone.

It had been weeks since I last spoke to him. In fact, no one seemed to know where he was. But I could not give up hope.

Dr. Doktor looks at duncan's laptop, with the cover closed. He opens the cover.

What is this? A game?

Two mouse clicks are heard. The laptop's screen is shown, with a tab scrolling continuously with every line of word written inside as "No Visor, No Visor, We will make you one of us". Dr. Doktor then closes the laptop cover.

Dr. Doktor is seen inside the game's platform, in the Skeld's Cafeteria.

Somehow I knew that the game and this "No Visor" would connect with Aiden's disappearance. I began to research them both...and it led me to the Skeld.

Dr. Doktor tiptoes as he continues to the hallway in search for Aiden.

Aiden? Aiden, are you here?

Aiden is not here right now.

Novisor appears from the end of the hallway.

I was terrified, but I sense that some part of my son is still in there. And so, like Aiden, I searched for a bargain. I agreed to help Novisor find a new host, one that it had been eyeing out for many years, in exchange for Aiden's safe return.

But as in any deal, assurances had to be made.

(flashback ends, returning back to the present) I have many sacrifices to be standing here today, with you, Novisor's chosen. And that, is my explanation to you, Player. I hope now you will understand.

I understand...that you've given up. You're looking for the easy way out, by working for the very thing that took your son from you in the first place. Well, I got some news from you. Nothing good in life comes easy. You have to fight for it! Sounds like Aiden knew that, do you?

The cult takes over

Hey, watch it! This is a valorous spacesuit!

And you must be the Player I've heard so much about. Hmm...yes! You are a fine specimen. I can see why the Master would be so interested in him. He's a much more suitable host than the last! (intentionally turns to Dr. Doktor to offend him)

You won't get away with this!

Oh, I believe we already have. Now, without further ado, let us begin! Oh, great and powerful Dark One, I call upon you, your next vessel awaits!

Player, I have been waiting so long for this moment.

(turns to Dr. Doktor) You honor our bargain, prepare the host.

You don't have to do this!

(turns to Dr. Doktor) Well, what are you waiting for, Doktor? The Dark One has given you an order.

(holds the Red Knife with a reverse hammer grip with both hands) For Aiden.

Dr. Doktor took seconds. Then, unbeknownst to anyone's expectations, stabbed duncan right into his visor, who lets out a scream of pain. Dr. Doktor retrieved his knife and began to slay those who took hold of Player.

It's what Aiden would have wanted.

Player, gaze upon the friends you've lost. I've taken everything from you. You're too weak to save anyone. Now, submit to me, spare yourself the suffering, and revel in true power!

(turns to Captain and Ninja, who was far behind him) Captain, Ninja, get outta here! There's too many of 'em!

Call off your minions, Novisor. This is between you and me.

It was you, this whole time. You made me feel weak, to believe that I can never succeed. You've haunted me my entire life, I only now just realized it.

But I'm not gonna lose.

(Player fights Novisor, but the latter has the advantage and throws Player)

(Player throws himself at Novisor and pierces him with the knife)

(He cuts Novisor and kills him) 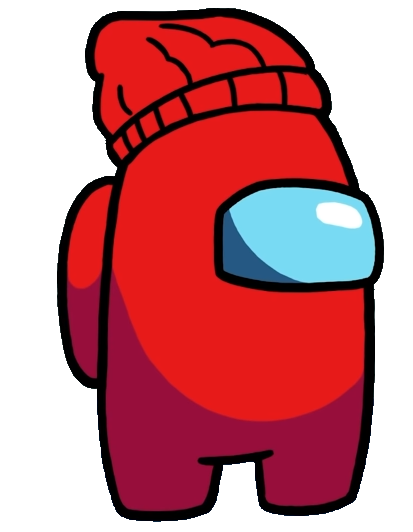 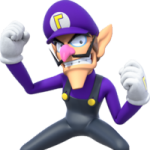