Not Lime 2021, TankFreddy, Poly Dev, Mini The Gentleman, and more.

Starla the QUEEN
Hello, it seems you've decided to message me on my wall, as usual. (Or just view my page, whatever you're doing) Nice to see you...as long as you aren't that person i don't like.

As a crewmate on the Skeld, i find the job...difficult, i always get nervous every day. Why, i should be, considering there are impostors on the loose every day when i work. We had tried to stop this mess, but it never works. If you do not believe me, just ask the other crewmates on the skeld, as a child, i had dreamed of working there. But now that i actually see what it's like, i regret my decision. That is, all i have to say.

I am quite weird, sometimes i'm serious, sometimes i'm funny...Or i'm in beetwen, in any case, i am a nice person. I have multiple friends, with one of them i chat with on Discord. I'm also quite an idiot sometimes.

My job is that i'm an editor, i had retired from that for a bit. But i find it boring just commenting, after that, i decided to stick to editing. My main boss is PolyDev, but i have a secondary one, that other one is Not Lime 2021. I will make minor edits. Also, i'm a sprite maker, if you didn't know.

We are pretty nice with each other, back when article comments existed, i often chatted with him. I still like him, we just don't chat often since comments were disabled. Not to mention he is very cute.

This is a bit of a weird one, while he isn't a user on the Among Us Logic wiki, he is a Discord friend of mine. We often chat with each other and we do sometimes role-play, if you want to talk to him, be sure to ask me.

He is a pretty good friend of mine, he used to be the person i talked to most back in 2020, he's nice and friendly, it is sad to see him go.

She is a good friend of mine. We are co-editors of the Among Us Logic wiki, i helped her during edits, she is nice and is a good editor.

We are on good terms with each other. She's a pretty fun person to be around with.

I admit that she isn't my greatest friend, she likes to mispell my name as "Trout CH", however, she is nice.

We're on good terms with each other, he was also the one who came up with the idea to make the "They Are Among Us" series.

Him...we used to be enemies, but now we're on good terms. He is quite nice.

He is a pretty good friend of mine on Discord.

He is one of my best friends.

They are my nightmares, it's always annoying having to clean up pages because of them. They love to destroy pages, i assume because they're trolls.

She used to be an old friend of mine when i first joined, however the constant rule breaking has broken our friendship. She has created 12 accounts according to Not Lime 2021, and she is very rude now. I don't imagine you'd be surprised to see her here

This person is basically Starla but worse, heck, he even got Angrybirdsfan6 banned. That's insane!

My normal outfit, the broken visor is from getting a knife stabbed in my visor.

This crewmate looks like me when i was a baby. Credits go to FallSonicBot.

This is me when i was a Novisor, Not Lime made this. (...Tritevisor?!) 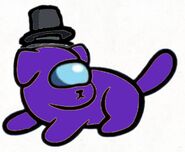 Aww, a cute little dog! Looks a bit like me. Thanks, Minty. 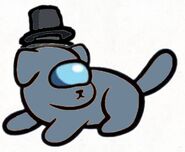 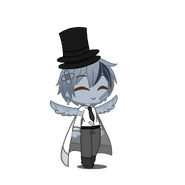 Me in Gacha Club, as anyone could probably guess, this was made by CaptainFan123.

This is me, non-animated.

Other wikis i sometimes join

He is quite a good impostor. Thanks, FallSonic. 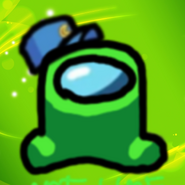 Thanks to Ed for giving me this cute Not Lime pet, at least that makes up for his leaving.

For your non animated characters, check this out. https://amonguslogic.fandom.com/wiki/User_blog:TriteCG,_the_second/New_unanimated_and_facecam_characters

Community content is available under CC-BY-SA unless otherwise noted.

Ranked #8
on this wiki